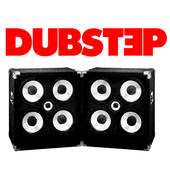 Thanks to the main producer of the online-radio station dubstep.fm for doing this interview, If you have not listened to the site and are into dubstep then go to dubstep.fm and tune in you wont be disappointed.
1. How did the idea of "Dubstep.fm" come about?
Ive been into internet radio for a long time. I first became involved with AfterHoursDJs.org. I would provide hosting and admin support for the station, eventually taking ownership after a few years. I was introduced to Dubstep music by a friend. After hearing it for the first time I decided to start my own station. The rest is history =]
2. How did it all start whos idea was it and how is it run/Produced?
It was my idea to start Dubstep.fm. I was looking around for a decent station to listen to dubstep on. At the time there was only subfm and rinsefm, which at most were only 128k streams. I knew if the station were to be successful I would have to offer something above and beyond what the other stations had to offer. So I created a station with a much higher bitrate, custom written software to run the station which includes auto dj and auto archiving, and made EVERY show available for download.
3. How is the dubstep scene in America? Since Dubstep has its roots in London,UK how is it over there and also is there diffrent variations from coast to coast?
Dubstep is very VERY big in the US. Much more than people realize. Theres shows going on in every major city in the US, and some in the not so major cities as well. The sound as a whole is a little different coming from the US, but as far as coast to coast it doesn't vary much. It all really comes down to the artist and what their influences are. It can vary drastically from artist to artist, US or UK based. It doesn't matter.
4.How did you get into the Genre of music and do you have a musical background?
A friend of mine played some 'Grime' back in early 2006 for me. I really liked the sound and as I researched the genre more I found Dubstep. I do have a musical background. I was in band through middle school and high school. I was a percussionist. I played in concert band, marching band, and jazz band as well. I also spent a brief time in a choir in middle school.
5. Who in your opinion has influenced you within music be it Dubstep or any other genre?
My brother Andre and a mutual friend Damon are probably to blame. As my brother was in bands and is musically talented. I grew up in a music environment. Then when I moved to seattle after attending college in Pittsburgh, I met Damon, who to me is one of the most musically talented people I will probably ever know.
6.How can people contact you?
youu can get any information you need about me including bio and contact info at http://www.dopelabs.com
Thanks again for the interview good luck with the station.
Posted by Redandcoal at 19:25