Couple of things in the pipe work....

Still planning the pod-cast, I have got all off it planned out in a document - What songs will be played and also what will be discussed in the Red Bricks and Coal Podcast....Clothes,Music,Football and anything and everything....

Also been talking to a company about the possibility off getting some enamel badges made sort of like the ones at football....


There are a few interviews coming through as well, They are in the pipe work, I will try and post as regualy as I can but with full time work I am going to find it hard at the moment....

Here are a few snaps of there Winter collection that's forthcoming, shall be getting my hands on a few of there bits know that I am earning. 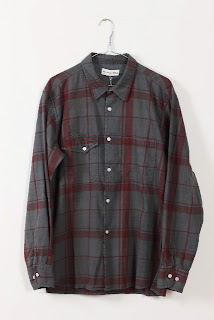 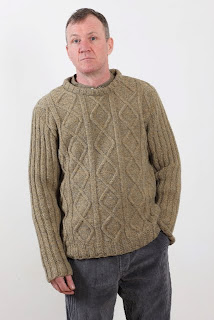 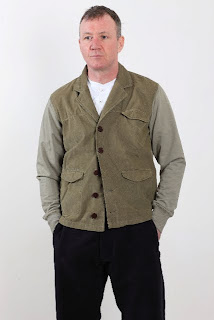 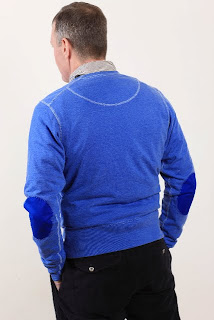 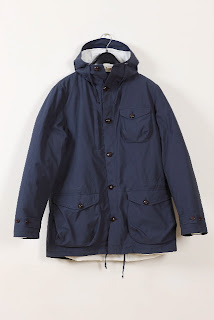 Tattoo: A History Off

Tattooing has been around for thousands of  years, A man from the Ice Age was discovered to have 57 tattoos on his body, cross's and straight lines. The picture may be small, But you can see the black shades and lines in his skin.

Tattoos did and still have some social stigmata, This is shown by some people who where heavily tattooed being in " freak shows" and shown to be " primitive animals"


Throughout the years they have also been part of the criminal part of society, The underworld if you could call, In Ancient Japan, Criminals where tattooed on parts of there body which would not be able to hide, although some people say this is where tattooing started as we know, With people modified and covering up there incriminating tattoo's. 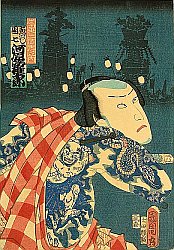 Tattoo's also have a culture in prisons, Where people make crude yet sophisticated machines and tattoo designs known for gangs and cultural reasons.
Modern tattooing as we know it can be traced back to naval and army personal, Where tattoo's where mainly black and white and the inks around where not as modern as they where, Tattoos in this design are classed as " old school" and are in bold lines and sometimes simple colours are added.
Old school tattoo's seem to be "in vogue" however there is still mordern tattoo work, Which is litrally using the skin as a canvas and some of the designs that have been put "ink to skin" do take your breath away, Tattoo's also seem popular in the TV viewer with shows like Miami Ink,London Ink and LA Ink showing life in a tattoo shop.
Posted by Redandcoal at 05:41 No comments:

Bombay Bicycle Club have released there second album, Flaws, It is a acoustic album compared to the upbeat electrical guitar of there début album, The songs seem to be more melodic and I find the lead singers voice comes through...

The album also contains covers of other bands, The covers are as follows

The album also sees them give songs a acoustic stance on some of there songs already that was on there début album.


I don't find that the album is as catchy as there first one,The bass which resonates in the back ground is humbling in the songs, However as a album it is fantastic in its own right and I have seen a different side to this band which I will defiantly get round to seeing.. Posted by Redandcoal at 07:31 No comments:

Decided to give a classic werewolf film a watch last night, Which is one of my most favourite films of all time.
American Werewolf In London

This film has always had an interest with me, The moon-themed music that seems to run through it it the fact that the special effects in the film are still not outdated and to some extent, Beat the CGI/Green screen stuff that is produced on the main film screen's today.
Throughout the whole film it grips you with fear, Laughter and it takes your breath away that the special effects on screen are actually not made on computer.
I found one of the scariest parts of the films, Was the infamous nightmare scenes..
With some research into the film, I have found some trivia about it...
The porno film showing when David meets Jack and his zombie friends. A poster for the film appears in the London Underground when the man is killed.
The London Underground station used in the film is Tottenham Court Road. It was refurbished in the late 1980s. The platform with the train arriving and departing is the northbound Northern Line platform. This is NOT Aldwych station as previously reported.
This is the first film to earn the Academy Award for Best Makeup. That category was created in 1981.
When David calls home to speak to his family, he speaks to his sister Rachel. During the conversation, they talk about their brother Max. Max and Rachel are the names of Director's children.
Here are some screen shots of the film itself including the transformation scenes..

What are you wearing today?

Uploaded with ImageShack.us
Posted by Redandcoal at 09:20 No comments:

Pod have released a heritage line with English soles and rubber soles, These look fantastic,quirky however with a rrp of 95 quid its made me think twice, If they where reduced in the sales I would snap them up.

Posted by Redandcoal at 05:18 No comments:

"Tunes of the day"

"Love is Noise" with little hints from Urban Hymns , Them backing vocals, The lyrics and the simple melodic drum beat, This band from my home town and the town that I love keep and always will blow me away music wise.

From Mancunian band The Stone Roses, I am the Resurrection, The simple drum beat and that driving bass line that brings the song to life - Simple,Understated and amazing.

The Pulp's Common People, Delving into social class tourism and the actually point of Working Class Life - A means to an end, we cant change this, We cant call anyone to make our life less hard.

Simple, Thought provoking lyrics with a spoken al lour about them.

Personal Grail of mine

Stunning lightweight jacket which I traded with another jacket with a mate of mine...This jacket is just stunning the material is something else and I am so glad that I have something I have wanted for years.

Posted by Redandcoal at 08:19 No comments:

This song is a personal favourite of mine, The bass-line, The lyrics that Reggae feel to it, It is a work of art...


The song was written by  Paul Simonon , Despite the song pre-dating the Riots it still shows the feel of oppression that was felt in that area at the time, and how people can only take so much.


This is one of the most iconic songs ever I feel and just gets me nodding and singing every time I hear it...

There is a new blog...Jimmy Jazz, A young spurs fan other on the Casual Co forum who has soon found his feet over there and settled in nicely, His posts are always informative and descriptive and are a joy to read and is one of a few blogs who I regularly take the time out to look at...

Check his site out: Jimmy Jazz


Keep reading and Blogging Jimmy!
Posted by Redandcoal at 14:11 2 comments: