Solo artist from Manchester Danny Mahon answers a few questions for us...He is a talented young musician who has quite a loyal following at his gigs - He plays throughout the north-west and comes from that town what always rains - Manchester!


His myspace page is : http://www.myspace.com/dannymahon


And you can buy his singles AK47/Beat Me up on iTunes...

What would you say are your main inspirations when it comes to music?
The list is endless really - Obvious ones are The Beatles/The Jam/Weller/Billy Bragg/Johnny Cash/The Clash/The Smiths/Oasis etc. But I also like a lot of different stuff too mate currently listening to new-ish albums by Tallest Man On Earth/M.Ward/Strange Boys/The Coral


I have noticed that you have got a solid fan base and when I have been to previous gigs you have been well received, How did you start off on the gigging scene and music in general?

I started out by just playing a couple of tracks at a regular acoustic night called Akoustik Anarky in Manchester then ended up playing in a couple of different bands for a couple years. After they broke up I stopped doing music for a year or two until I was asked by my mate Jonny to do a couple of gigs with him. That was about 3-4 Years ago and I've been playing solo since.

I notice you are part of Rent a Crowd (RAC) what does this involve and how did you get involved in them?

Rent A Crowd is just a group of mates that enjoyed going out watching new bands and just generally having a good time. We had this idea that we would just get all the bands we like and put them on together so we were guaranteed a good night. The nights were really successful so we started doing bigger & better shows. We then decided to set up RAC as a label earlier this year & we put out my debut single as the first release - Its now sold out - The second release on RAC Records should be out in the next couple of months so kee your eyes peeled, Its by a new young band that we think will blow everybody's socks off.

Are there any plans for a forth coming album or are you concentration on gigging at the moment?

Im currently recording for my debut album now so holding back on gigs at the moment.

You had quite a crowd at Kendal Calling who really got into your set, Do you plan on any more festivals?

Yeah hopefully, I really enjoyed playing at Kendal & enjoy festivals in general - Its always nice to play for new people too. So fingers crossed I play at many more festivals in the future.


Thanks for taking the time to answer questions Danny, It really is appreciated.
Posted by Redandcoal at 10:43 1 comment:

Posted by Redandcoal at 08:27 No comments:

Im sure I am not the first person to discover this un-signed band, Rum Diamond, Found them thanks to the decent blog of a good friend of mine : Joe Division

The band seem very "raw" and have a sound about them that strikes a chord with me.

Tunes of the day

Posted by Redandcoal at 11:36 No comments: 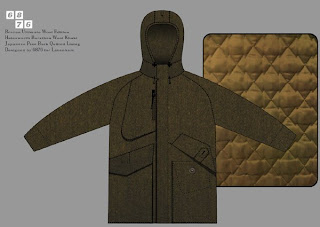 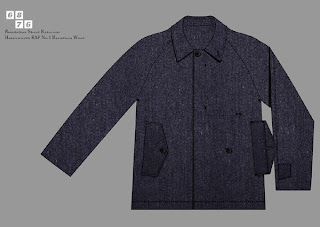 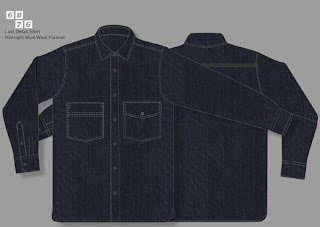 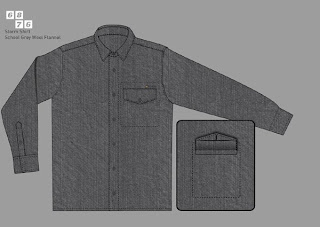 All look intressting and I reckon if I have the cash I could be getting one of the shirts...Never actually owned anything from this brand as it has always been out of my reach, Not any-more!

And so it starts again...

The football season starts on Saturday for us, Wigan Athletic, Where we face Blackpool at home which is meant to be away.

Wigan play Blackpool, Where it will be our 6th consecutive season in the premier league, Where as Blackpool will be making there first appearance  and there début game against us... I'm sure there will be loads of ill fitting orange shirts around town and also maybe the "Muckers" may make a appearance?

looking on the blackpoolfc website it looks like they have sold out there allocation as they watch Ian Holloways men take on Latics...Who have made a few strong additions to the squad who I hope will come into there own while at the club this season...

I will be missing the game due to being on holiday in Weymouth,However will be watching it in a pub if its on or on Sky News to keep me updated.

Come on Wigan, Time for the new football season,Jackets,Ale,Away days to begin for the 2010-2011 season!
Posted by Redandcoal at 12:36 No comments:

Off to this tonight, Review and pictures up in the week...

Tunes of the day

Bit of a mixture today really from Redbrick HQ

This song is one of my all time favorites, Talks about middle class doing class tourisim, There is one line in this song which just says it all for me and how us working class live.... "cos when you're laid in bed at night,
watching roaches climb the wall, if you call your Dad he could stop it all."
As regular followers of this blog will know im a big big dubstep fan...
Saw this band at Kendal Calling, Great band, Politically motivated, Lyrics, Raw sound..
Posted by Redandcoal at 09:21 No comments: